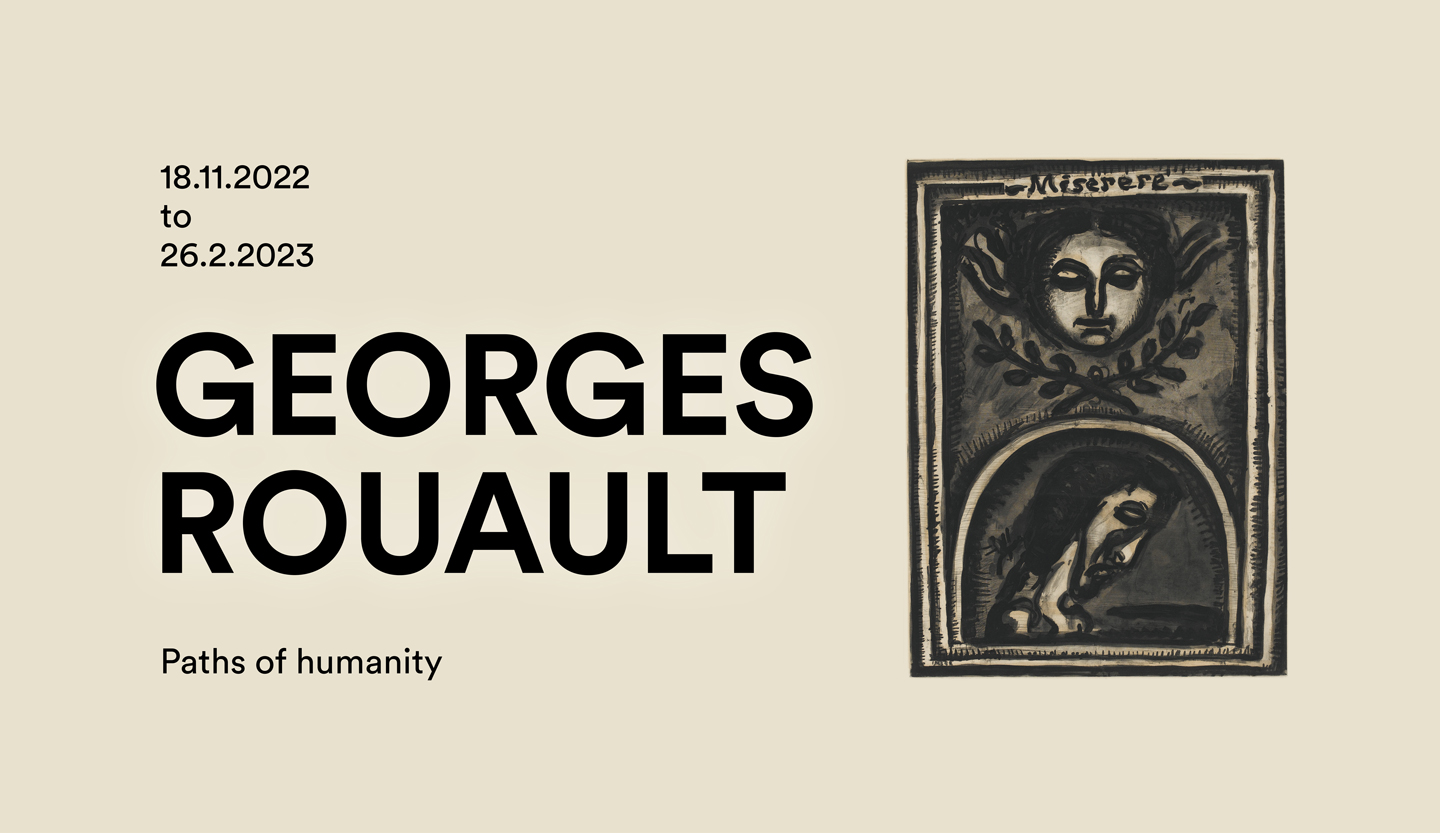 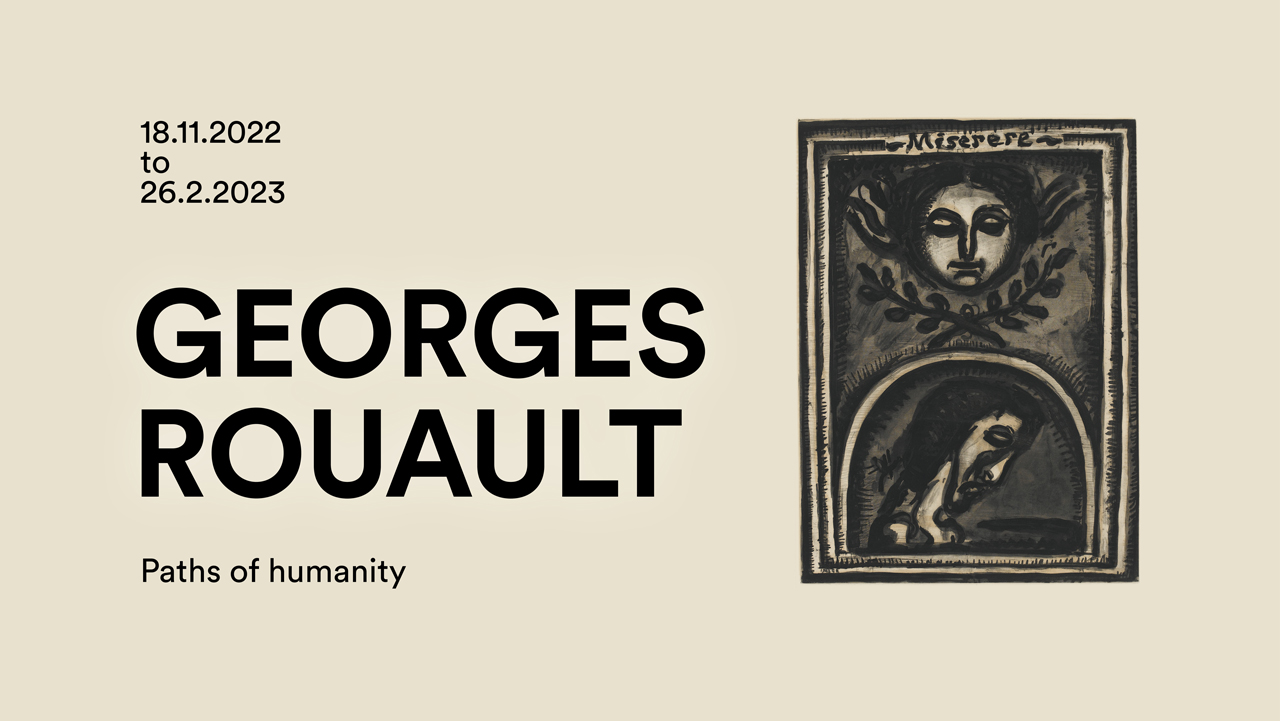 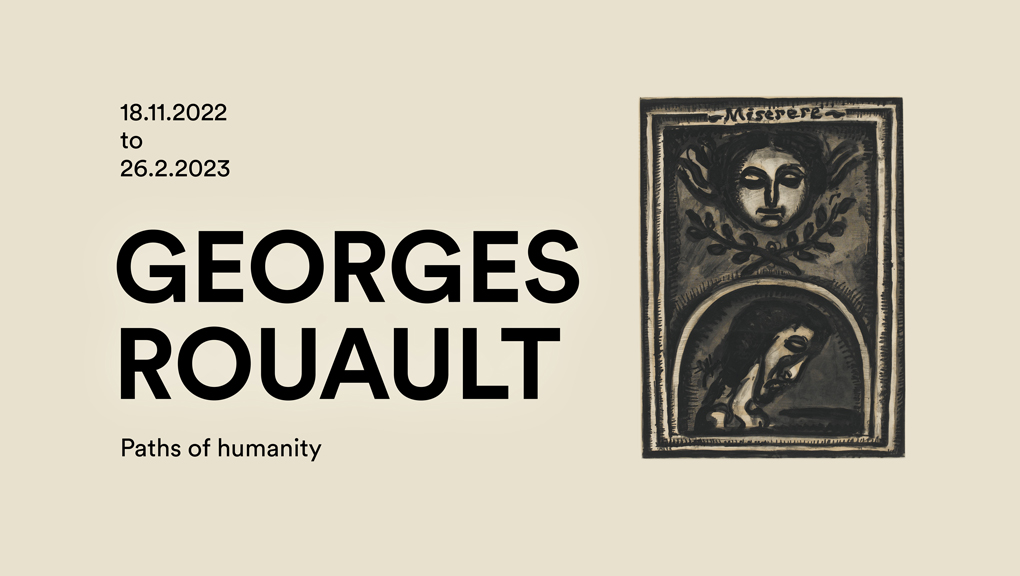 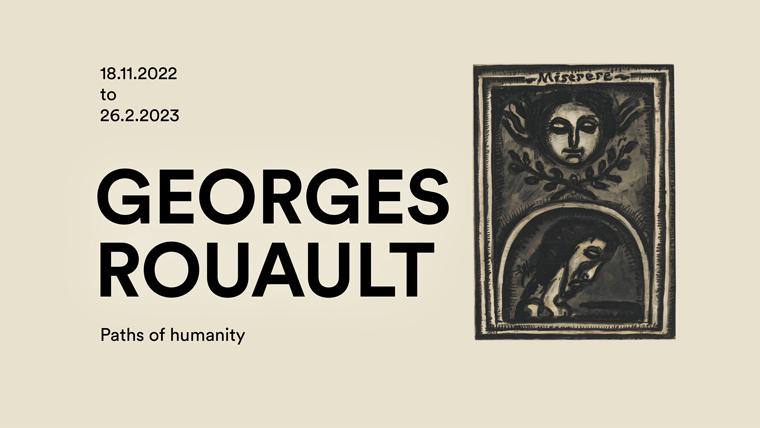 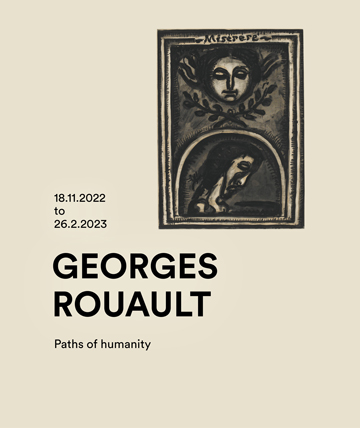 Paths of humanity in times of war? The French painter Georges Rouault provides answers from his highly personal point of view. No other 20th-century artist has produced a body of prints that springs from a similar, deeply humanist trust in Christ and gives as powerful and resonant a voice to the pain, suffering and folly of human beings – both figuratively and metaphorically. This voice calls for an overarching religious responsibility in faith, hope and love, irrespective of the exegeses of the institutional church. In the face of today’s horrors, the etchings, created during the First World War and published in 1948 in the wake of the of the Second World War, are of a poignantly timeless topicality: ‘Peace seems never to reign over this anguished world of shams and shadows,’ wrote Rouault in his preface to Miserere, a series of 58 etchings that form the centrepiece of his work and thus his legacy.

Although the first brush and ink drawings of the Miserere were made as early as 1912 in response to the death of the artist’s father. Later, the drawings were transferred onto copper plates in a photomechanical process. The artist continued to work on these plates, taking great pains over each image and employing a wide range of tools and techniques: aquatint, i.e. etching with brush and roller, drypoint, roulette, polishing steel, etc. The etchings were printed between 1922 and 1927. Publication was delayed time and again, and, to make matters worse, his publisher Ambroise Vollard dies in 1939. After the Second Wolrd War, the portfolio was finally published in September 1948 in Paris.

Discover the artworks from our collection 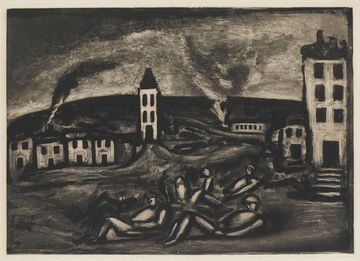 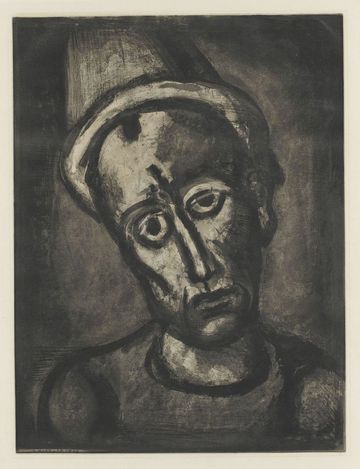 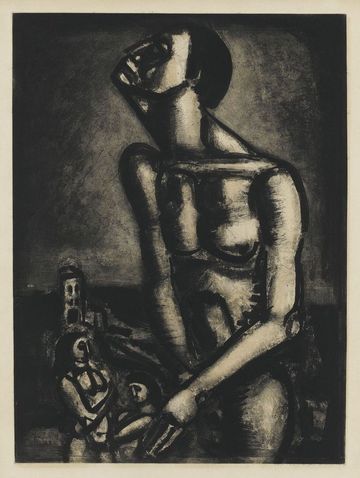 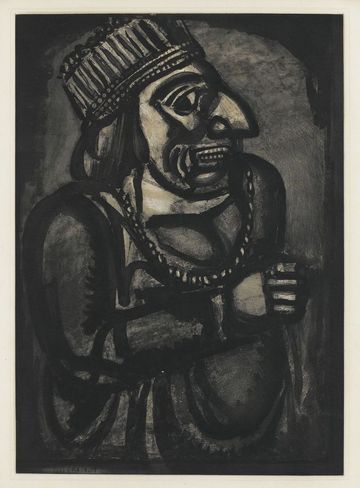 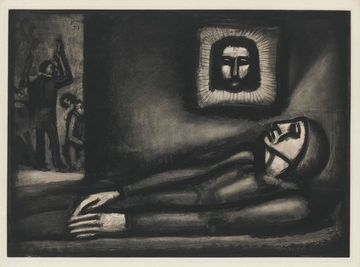 No events found.
to top
We want to provide the most important information and services for you in the best-possible way. To do this, we need your consent to use the ‘Matomo’ web analysis tool to create and carry out an pseudonymous evaluation of your visit for statistical purposes. Your consent is valid for 12 months.
accept
decline
configuration